Yesterday I was really down about not being about to score well on the Gen Chemistry and QR section of the DAT destroyer. So this morning, instead of letting my self doubt get to me, I searched YouTube from some motivational videos from the trusty Eric Thomas. I stumbled upon this video:

One part that really stuck with me is the picture of me on my death bed with the ghosts of my abilities surrounding me, furious with me. How quickly I forget how many things I'm blessed with: Intelligence, memory, understanding, ability to progress, faith, persistence, endurance...the list goes on. Those are just the things I hold within myself. I have time, money, a home, health, family, love, comfort, healthy food, and FREE EDUCATION. Who is the right mind has the right to complain in my situation? I have everything I need for success, I literally have to get up and grab it. I can't let the doubt to speak to me louder than my blessings.

Another thing I'm extremely blessed with is being able to laugh, HARD again. I never realize how much I miss it until it happens to me out of the blue. Talking to Martina has brought that back to me and I cherish it above so many things. I can't remember the last time I was able to repeat something hilarious and STILL cry in laughter. It cleanses the soul.

I received an email from University of Tennessee! They received my application! It's real! It's here! I can't believe that after ALL THESE YEARS (almost 8 years) that I'm here. No one can take this from me. It's mine. I"ll have it for the rest of my life. I can say that on my death bed....I took a leap and I didn't care if I was scared or not. I didn't care what people said. I didn't settle for what was easy. I can hang my hat on that rack that other people are too scared to even display on the wall. That's MY WALL, that's I BUILT that rack, THAT'S MY MOTHER FREAKEN HAT! 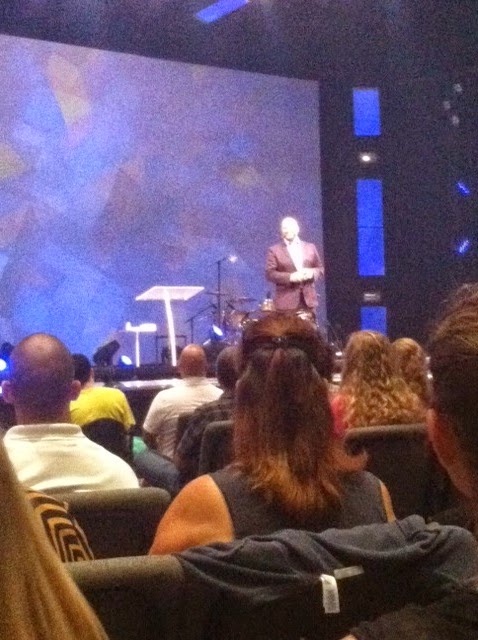 I went to a success seminar by Dr. Dave Martin at Celebration Church that Steven likes to go to. This guy had worked with Joel Osteen so I figured it would be nice to attend. He was really funny which I appreciated! Here are some pointers that I took from the seminar:


In the middle of the seminar my mom texted me to tell me that she opened her bible to find a letter I had written when we first moved into the house. I don't remember the letter but I do remember feeling on top of the world for living in that house. It almost moved me to tears because really do remember how thankful I was that he has blessed us with so much. I felt undeserving. I am so so grateful that He has continued to be so so good to me and my family. 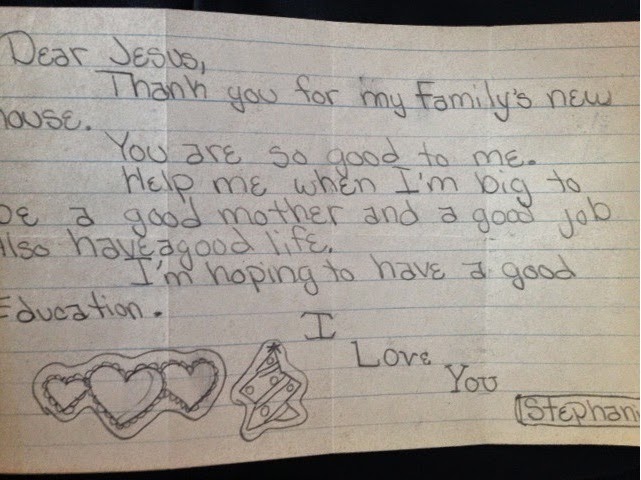 I shared it with Steven's mom, Mabi, and Steven. It's so good to have people around me that understand what it feels like to feel so blessed.

God,
Thank you for continuing to be so good to me! I
Love
You
-Stephanie
Posted by Unknown at 10:24 AM No comments:

I awoke early to go to a new (to me) Catholic Church in the Jacksonville Beach area. It was early enough that not many people were on the roads and I could see the calm ocean on the horizon with no visitors. The church was quaint and lovely in a sentimental area (where Steve and I went on our first date). The Priest from visiting from New York originally from New Delhi India. A verse that was read during the sermon was of the parable Jesus gave in Matthew 13:1-8:

13 That same day Jesus went out of the house and sat by the lake. 2 Such large crowds gathered around him that he got into a boat and sat in it, while all the people stood on the shore. 3 Then he told them many things in parables, saying: “A farmer went out to sow his seed. 4 As he was scattering the seed, some fell along the path, and the birds came and ate it up. 5 Some fell on rocky places, where it did not have much soil. It sprang up quickly, because the soil was shallow. 6 But when the sun came up, the plants were scorched, and they withered because they had no root. 7 Other seed fell among thorns, which grew up and choked the plants. 8 Still other seed fell on good soil, where it produced a crop—a hundred, sixty or thirty times what was sown."

He spoke about a time when he met Mother Theresa in India and set up an assembly for her to speak for the crowd. She got up on the podium and spoke, "Dear brothers and sisters, God loves you." a silence fell on the crowd. Once again she repeated, "Dear brothers and sisters, God loves you." and for a final time, "Dear brothers and sisters, God LOVES you." I imagined her surveying the crowd in admiration and with a kind smile leaving the podium as she always did in her frail way. He said he didn't understand why she was so simple in her message but it reminded him of this parable. We get so excited when we feel God in our abundance but there are times when difficult situations arise and we are quick to dismiss the love that God has for us (the seed that falls on pebbles). Those who understand Gods love for us throughout the troubles live in rich soil.

There was a small Indian toddler sitting in the front pews. He was so small and curious. His little shirt was no bigger than both of my hands put together. I felt so much love for him. I could almost feel his innocence. His mother will surely love him just as much when he's older and the innocence fades. Then I looked around me and thought, all these people were once a small innocent child that God loves with a mighty force. He too must love as in the same way. Undying, unrelenting. It's because we feel we don't deserve that kind of incredible love that we feel a disconnection between our relationship with Him. I will try to remember that when I'm down.

I am so excited that Michelle Kinney has replied to Steven about that Crossfit position! I prayed that he would get the job if it was the path that He wanted him to take and he got the position. I am more excited that this is the right path rather than he receiving a job. I know that when we trust in him, great things will come our way. All Praise to Our Lord! Thanks be to God!
Posted by Unknown at 12:37 PM No comments: